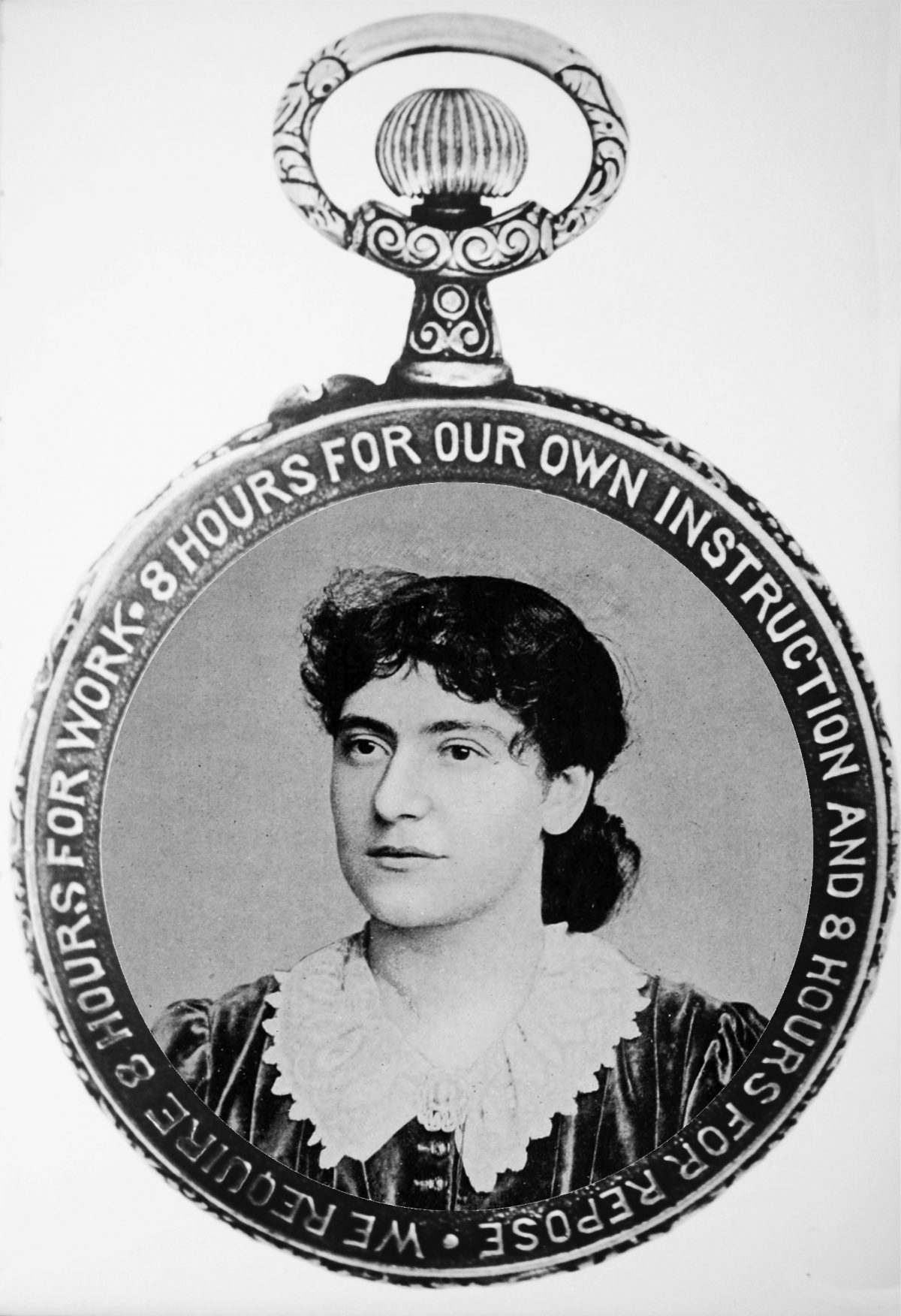 This is a slightly expanded version of the article which appeared in the Secularist, summer 2019

Eleanor Marx at the Secular Hall

In the summer of 1897, engineering workers went on strike in London in their campaign for a  48 hour working week. The newly formed Engineering Employers' Federation responded by locking out every worker who belonged to the union. One Leicester employer who took part in the lockout was the President of the Secular Society, Sydney Gimson who ran the family firm of Gimson & Co.

Back in the 1870s, when his father Josiah  ran the firm, Gimson & Co was also one of several local firms that met the demands of the Nine Hours Movement by reducing the working week to 54 hours. His son took a very different approach. In a letter to its workers, the firm acknowledged that whilst none of its workers had gone on strike, union members were nevertheless contributing to union funds and therefore supporting the strike.

The letter claimed that a 48 hours week would add to Gimson's costs and put the firm at a competitive disadvantage. The firm refused to allow any union member into work. It was reported that although only about 25% of Gimson's workforce were in the Union, the rest went on strike in sympathy with those locked out.

This heavy handed response by the employers resulted in 600 firms locking out 45,000 union members. The Amalgamated Society of Engineers (A.S.E.) had healthy funds to support those locked out, but the employers' action dragged on for months. Eleanor Marx, using her foreign contacts and language skills became the union's 'foreign correspondent' helping to raise £28,000 from continental unions.

In November, still in the midst of the lockout, Eleanor came to Leicester to give a lecture to the Secular Society on Christianity, Secularism, and Socialism. She was billed as Mrs Aveling and whilst Edward Aveling was her partner, they were not married. He had lectured at the Secular Hall several times and was described by his brother as an 'unprincipled windbag'. He was also draining Eleanor of the money bequeathed to her by Frederick Engels.

Five months previously, Aveling had secretly married 22 year old Eva Frye using a false name. He had then fallen seriously ill and moved back in with Eleanor.

It was customary for lecturers from outside Leicester to stay with Sydney Gimson's family after the Sunday lecture and return on Monday. So we had the socialist daughter of Karl Marx, who was working for the A.S.E., staying with a member of the Engineering Employers Federation in the middle of a lock-out.

This rather embarrassing encounter was reported by a correspondent of the socialist newspaper Justice:
“Our comrade was to stop on Sunday night (and did) with the secretary of the society, Mr. Sidney Gimson - and personally he and his wife are very charming people. But Mr. Gimson is an out-and-out member of the (employers') Federation. Moreover, Mr. Gimson was to take the chair at the lecture. This looked rather awkward, but it afforded our lecturer just the text she needed - that Secularist or Christian the class struggle remained the same and she 'went for that employer as if he'd been a heathen Chinese, explaining, of course, that Socialists attack the class and not the individual, who is merely the outcome of his class, and so that, unpleasant as is it was to speak so of a kindly and courteous gentleman, her host, she would feel it cowardice not to say because he was in the chair what she would have said if an engineer had been in that position. There was an immensely lively and long discussion, and Mr. Gimson tried to put the case of the Federation. But although Gimson is immensely popular (even with his own locked-out men, for he is honest, and, as his hard work for Secularism shows, no ordinary middles class man) the audience was with the workers, and nothing was more applauded than the contrast between the employers' international, backed by the German Emperor and German police, and the international of the workers. I should, in justice to Gimson, say that he took it all in the kindliest and best humoured way.
I am convinced that Leicester can be made a Socialist stronghold. But Leicester is also a Secularist stronghold, and so all the silly sentimentalisms about 'Christ' as the founder of Socialism and so on must be carefully avoided.”

In 1932 Gimson, not surprisingly, could not remember the content of Eleanor's lecture 'except that:

“..to her Freethought was at least as important as Socialism, but I well remember her as a very lovable woman. She stayed with us and, the second time in particular, we felt that we were getting very friendly and both my wife and I looked forward to a growth of the friendship …”

By January 1898, with funds running low the A.S.E. admitted defeat and agreed to the employers' terms. This came as a bitter blow to Eleanor who believed that the lock-out was of huge political significance.

After spending months nursing Aveling back to health from kidney disease, Eleanor then found out about his secret marriage. It seems that Eleanor hid her despair. On 31 March 1898, Eleanor sent the maid to the local chemist with a note asking for chloroform and a small quantity of cyanide for her dog. On receiving the package, Eleanor signed a receipt for the poisons, sending the maid back to the chemists to return the receipt book. Eleanor then retired to her room, wrote two suicide notes, undressed, got into bed, and swallowed the poison.

Aveling died four months later and despite his prominence, no representatives of the various Socialist groups were present at his funeral. This was due to the widely held belief that he was responsible for Eleanor's death.